Hello everyone!
Is it me or has this year been so fast? I can’t believe it’s going to be 2019 next month! I have had a little break from blogging but I’m back! and with lots of blog posts in the framework. Netflix is one of my favourite apps ever and not only can you watch it on your TV but you can also watch it on the go such as on your phone or iPad, its magic! Over the past year, I have watched some of the best movies and tv series and many of them made me laugh, cry and even gave me huge shocks. Some of the programmes on this list are continuations from previous series I have watched or totally new programmes or films that I have just got round to watching. Out of all the programmes, I would say Bollywood films have been the overall favourite this year. 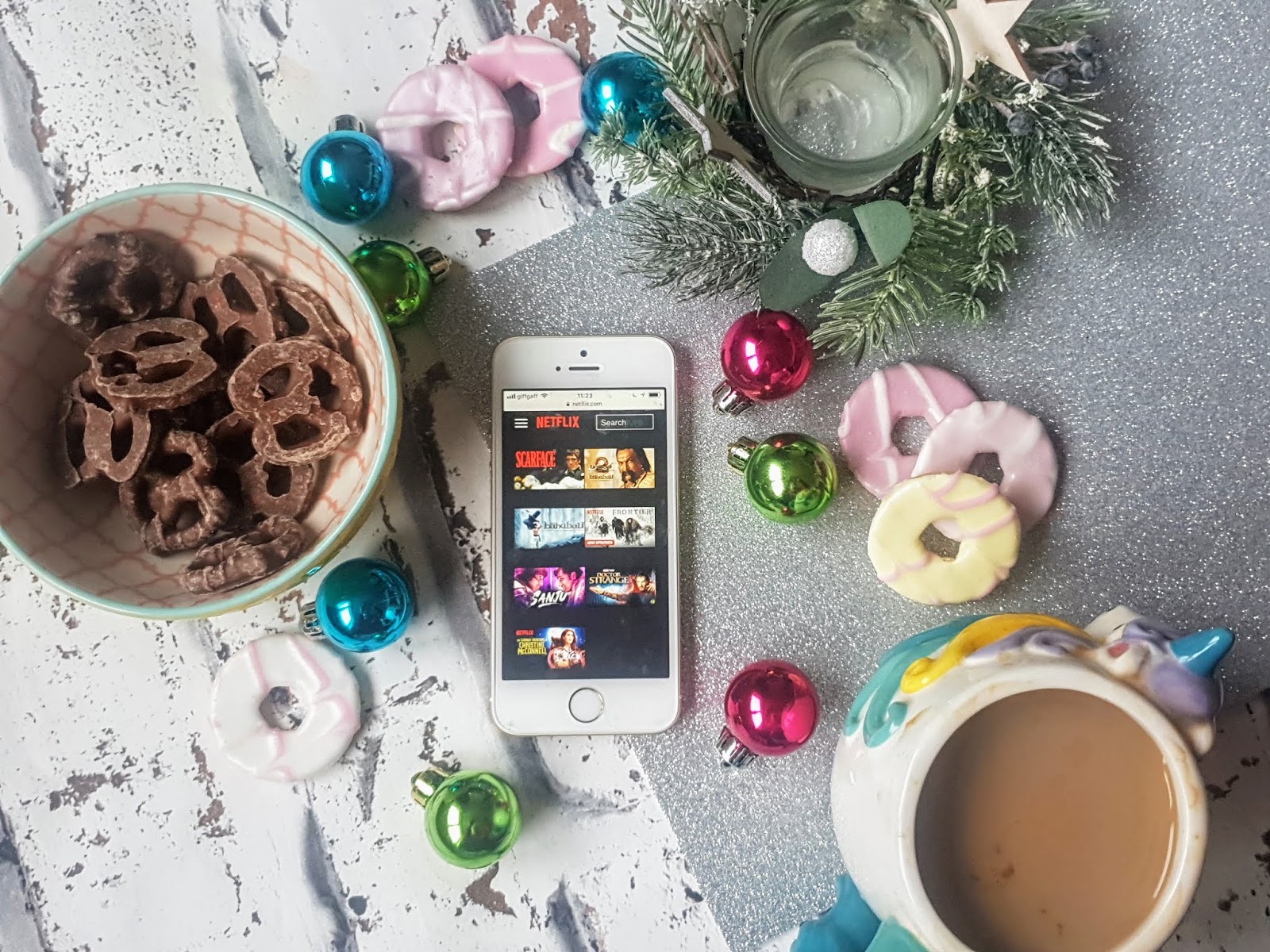 Bob Ross: The Joy of Painting – 1983-1994
American Television Show
As we all know this isn’t a new programme but I did enjoy watching this when I was growing up. I love how calm Bob Ross’s voice is and encourages everyone to paint which is refreshing because myself, I love art. I love watching Bob Ross when I need to relax and its also a brilliant programme to watch before bed since its so calming.

Raees – 2017
Crime/Thriller
Raees is the 6th highest-grossing Bollywood of 2017! This film is a fictional crime/thriller and starts off in the mid-sixties and ends in the late 1980s. Based on the life of bootlegger Raees Alam ( played by Bollywood legend Shah Rukh Khan) and his business after ACP Majmudar try to get the better of him. Not only does this have a few fight scene and singing it also has a love story too. This film has lots of twists and turns and an ending that made me cry.. yes, I said it… I cried!

Altered Carbon: Season 1 – 2018
Science Fiction
Altered Carbon is based on a 2002 novel which has the same title by Richard K. Morgan. Where can I start with this because of its one of the best series I have watched. This is set 360 years into the future in the year 2384 in San Francisco which is now known as Bay City. Takeshi Kovacs is the sole surviving soldier from a group from 250 years prior called the Envoys which was a rebel group against the New World order. Humans aren’t like they used to be they have stacks which can be interchanged between a different body. After 250 years Takeshi is awoken in a new body by a wealthy ‘meth’ called Laurens Bancroft ( one of the worlds wealthiest men) he wants Takeshi to solve a murder… his own!!! 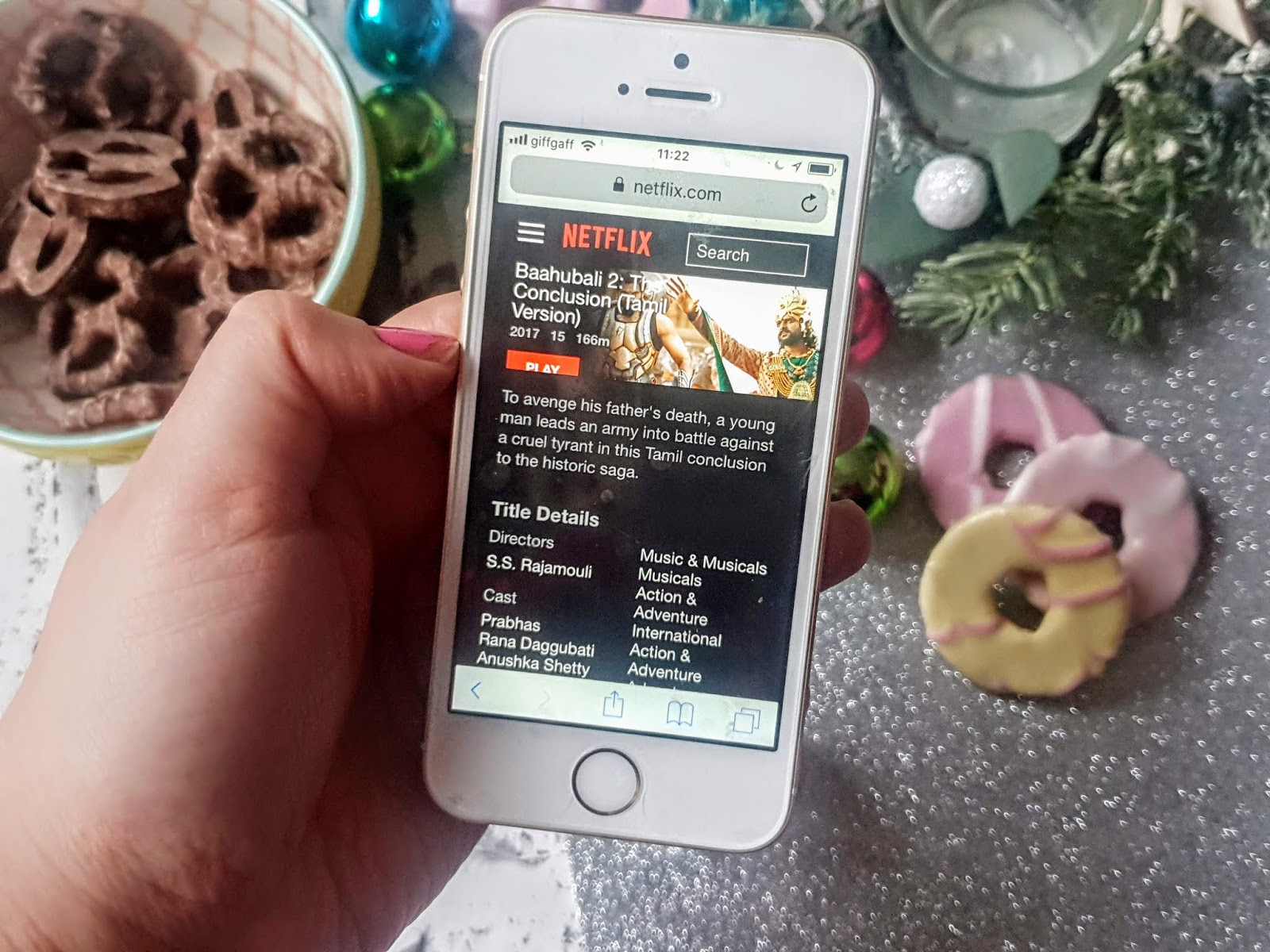 The Hangover 1-3 // 2009-2013
Comedy
These films are maybe over the top in parts but they are many funny parts in every movie. The best one has to be the second movie in my opinion even though the one in las vegas was hilarious too. The film is based on 4 friends who always seem to get into some crazy trouble a couple of days before wedding dates.
Frontier Season 3 -2018
Drama Series
This is the third instalment of Frontier, the first season first appearing back in 2016.
Back in the 1700s, the fur trade was booming and they were competition from everywhere including the HBC! You meet many characters who want a slice of the fur industry. The first 2 seasons had a lot of depth to them but with this season I did feel like a lot was missing and many things were unexplained but it is worth watching for sure.
Dr Strange – 2016
Fantasy/Science Fiction
I have been a big fan of Marvel for a long time but only just round to watching Dr Strange. I really liked Dr Stranges character in Avengers Infinity war which made me want to watch this film. Dr Stephen Strange’s life changes after a car accident robbed him the use of his hands. After all, medicines fail he finds a mysterious enclave in which he learns amazing powers. Not long after he has to help defend the world from dark forces who want to change reality. 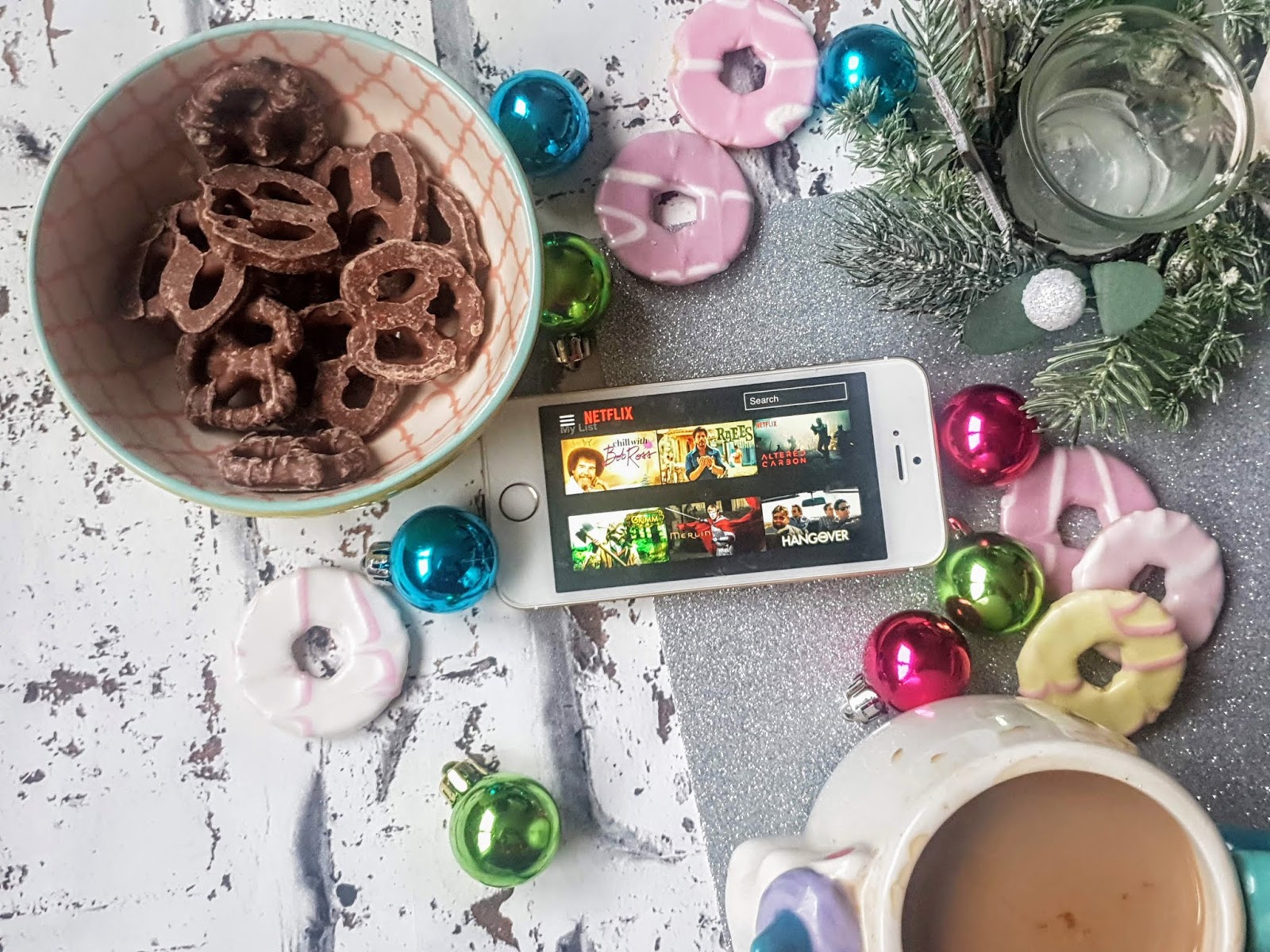 Bahubali – The Beginning // 2015
Drama/Fantasy
This Bollywood film starts off with a lady running from a cave next to a waterfall with a newborn baby from guards. Unfortunately, the lady died but the baby was rescued and was raised with an adoptive mum and dad who lived near the extremely tall waterfall. The baby turns out to be the main character who is called Shivudu. As soon as Shiviudu can walk he tries his hardest to climb the waterfall but always failing. His mum is always worried and tries her hardest to stop him but to no avail… he eventually climbs it after 25 years and discovers who he is along the way…
Bahubali – The Conclusion // 2017
Drama/Fantasy
This has to be my favourite film in 2018. This film made me happy and they were a part I was crying for a good 10 minutes, it was deep! Now the first film was based on Shivudu finding out who he is and also about his family. This film is about his dad Bhallaladeva who was the queen’s son and he was a good and fair person. His brother was jealous and had him killed in a very deceptive way.  Shivudu finds out who he truly is… the rightful king.

I would explain more but I would 100% recommend watching both of these films. Even though these films are about 3 hours long but they are absolutely worth watching(p.s. Both these films have standard English subtitles so everyone can enjoy!).

Which are your favourite Netflix Favourites of 2018? 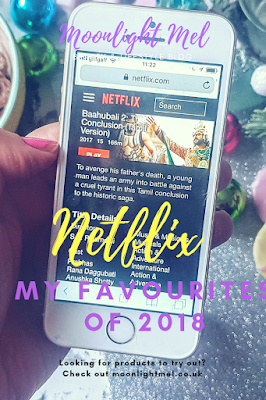 Welcome! I am Melissa, a mum of 3 living in Scotland.
I love beauty, lifestyle and food.
I enjoy fitness and have had an amazing journey so far losing over 80lb!
Email: monlightmelinfo@gmail.com

Time for some much needed coffee ☕️

I’m sad and I’m praying for those in need. 💔

KIDS SHOULD BE SAFE AT SCHOOL!

I need to shake up the TL a little more, seeing the same 6 ppl 🤣.

What should I add to my Netflix watchlist? 📺