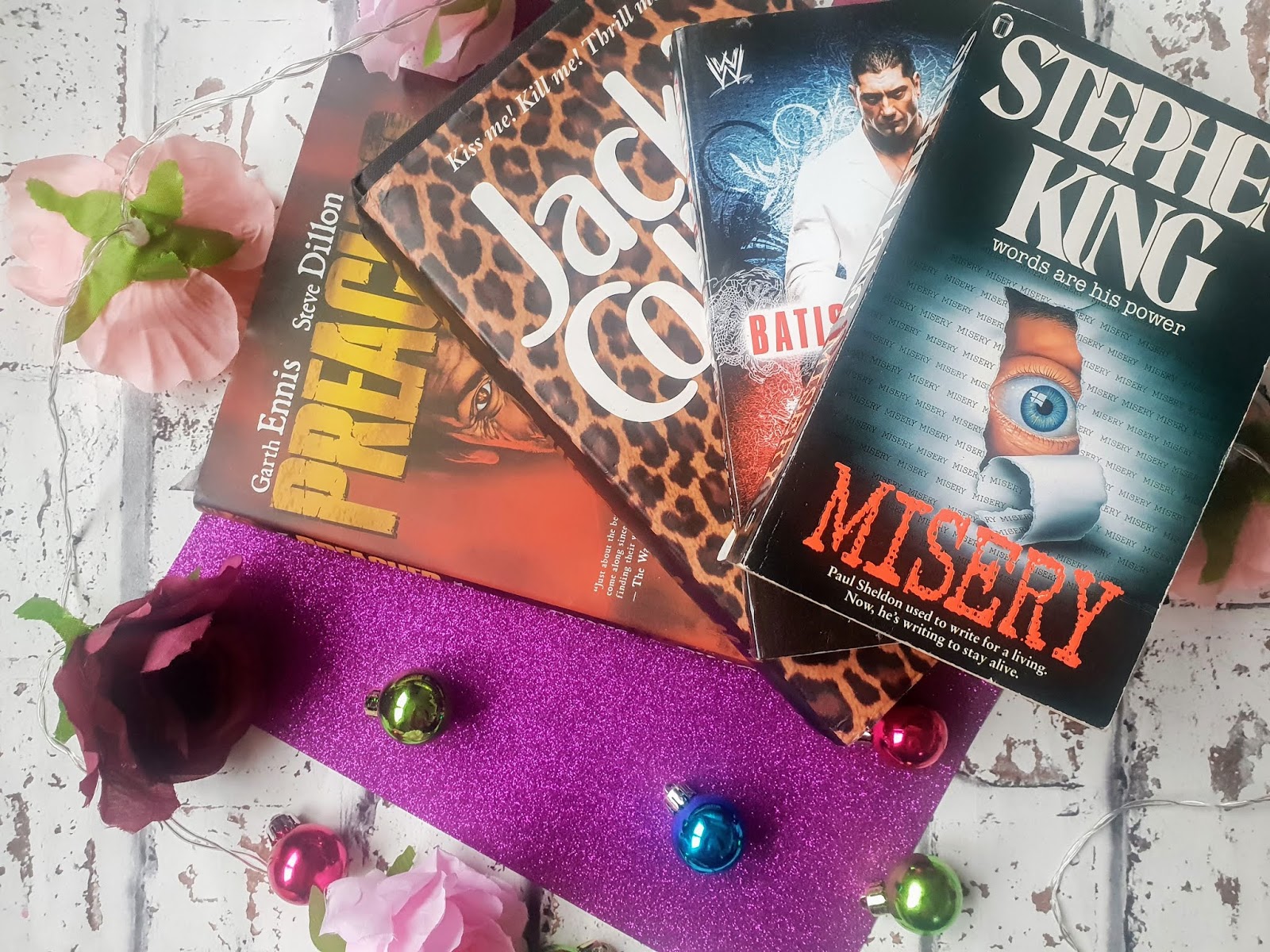 2018… hmm what can I say? It was a year for a sure aha. On the book front, I didn’t read anywhere as near as much as I would have loved it too. I had so many books I wanted to read but never got round to it for whatever reason but the books I did read were amazing so that makes up for not reading many as I wanted to, right?
When it comes to books I am not fussy when it comes to the topic, I love to read a variety of different books. My all-time favourites have to be Fiction, Romance and Sci-fi and Fantasy novels. I know they may sound random but it really just depends on my mood and how I feel to which genre I choose. I wonder if anyone else like me and likes to read more than one book at once… like I mean not literally at once but start one book then another not long after and alternate between the books…? I sure do LOL. 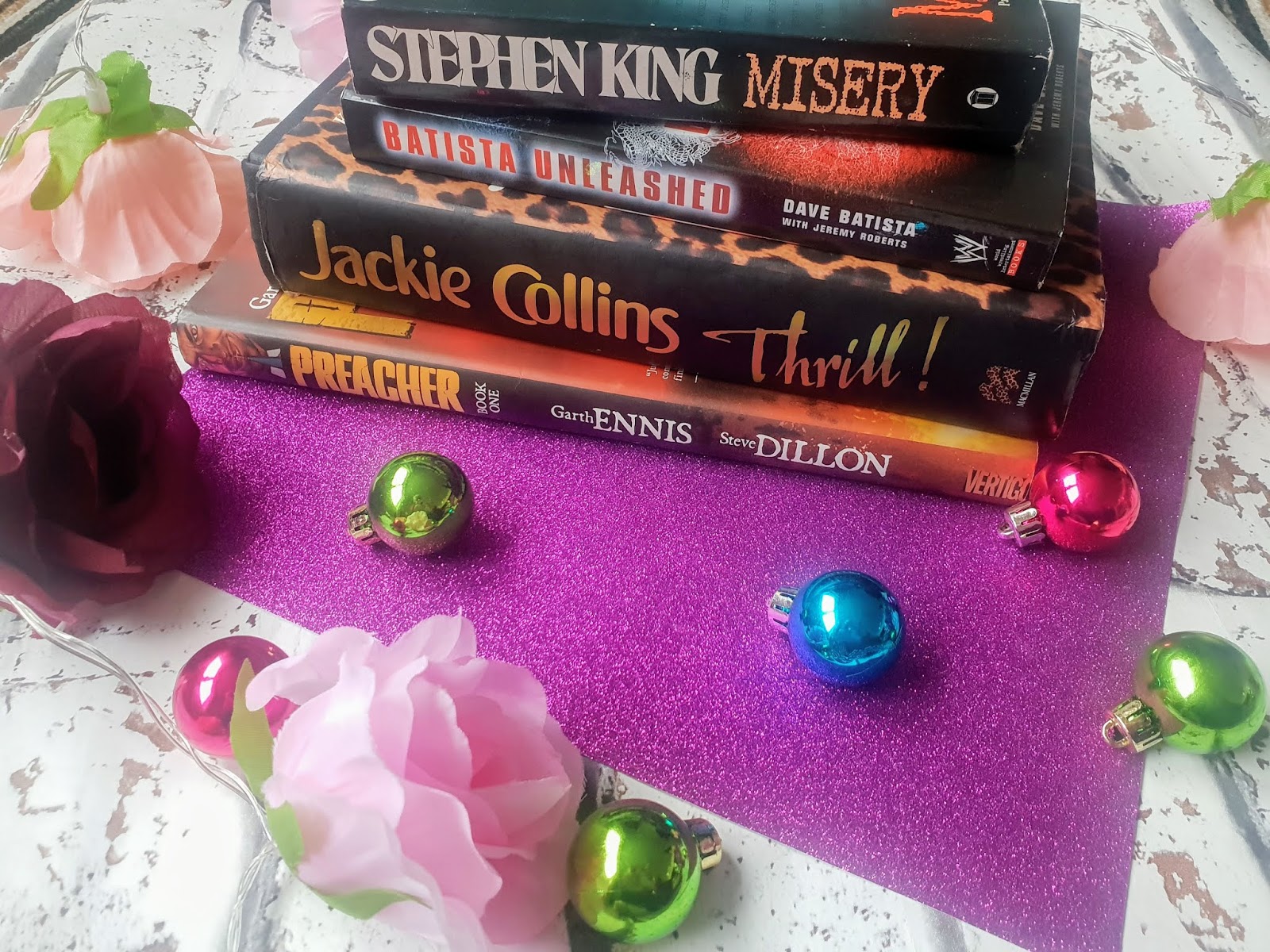 Books I have read in 2018
Misery – Stephen King
Now the film is amazing and it still makes me cringe so badly in one of the particular scenes..  I am sure many of you will know which scene I mean if you have watched the film. Now the film is just amazing but the book for me is my favourite, it is more in-depth and you get to know more about how each of individual character feels like from their point of view and it sounds daft but even you can guess the scents in the book too, it’s written so well. If you love thriller books I am sure you will like this book.
A little info on the book is basically about a writer who visits a wooden cabin as he always has done to get some inspiration for a new novel. He finishes a novel but ends up crashing in a snowstorm luckily/unluckily for him his biggest fan saves him from the wreckage. He’s in and out consciousness and by the time he wakes up he’s in his biggest fans home to which he realises its not right but he can’t do anything as he has broken bones and the weather is terrible. He has to write for his life…literally.
Batista Unleashed – Dave Batista with Jeremy Roberts
Now many of you may have heard of Dave Batista from the Avengers Infinity War film in which he plays the character Drax the Destroyer but for me, I have been a huge fan of his since he was a wrestler in WWE. I love his character as a wrestler and have watched a few of his films, so it was only right to read a book about him.
The book explains his life from his upbringing to him learning to be a wrestler to finally reaching the WWE. If you are a fan of wrestling or Dave Batista I would recommend this book for sure.
Thrill – Jackie Collins
I have lost count of how many Jackie Collins books I have now but my goodness they are just fabulous reads. Thrill has many twists in it and has a romance between a top actress and an up and coming actor. It has lots of romantic and some darn right rude parts in the book in the book that makes me blush but they are written perfectly and fit the theme of the book perfectly.
The characters have a story behind them and they are lots of secrets and twists in it too. I sure got a few shock moments at some of the parts in the book.
Preacher – Garth Ennis and Steve Dillon
I am a huge fan of the TV Series Preacher. I have watched all of the series on Amazon Prime and I just adore them. I decided to get the adult comic to keep me occupied until the next series came out. Now the book is in a series and my goodness they are barely like the series at all. Both are amazing in their own rights.
Preacher book one is an epic journey of a Reverend Jesse Custer as he tries to track down God as lots of weird things has been happening in the small town where he was a preacher at. He tries to dins answers with his best friend a vampire and also his ex-girlfriend.
I am so excited to read the next book OMG.
Pin for later? 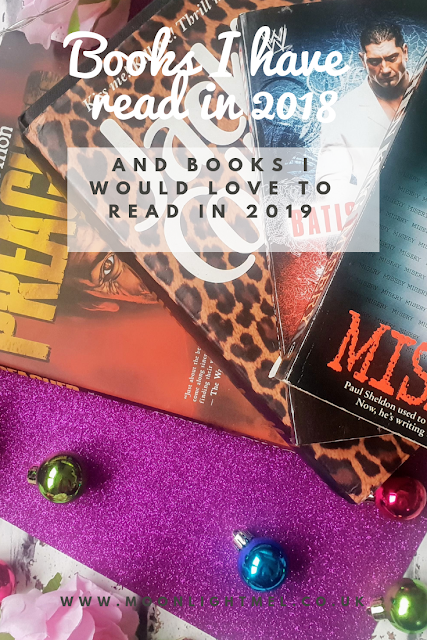 Book Reading wishlist for 2019
What books have you read in 2018? Do you have any books suggestions for me to read this year?

Welcome! I am Melissa, a mum of 3 living in Scotland.
I love beauty, lifestyle and food.
I enjoy fitness and have had an amazing journey so far losing over 80lb!
Email: monlightmelinfo@gmail.com

Time for some much needed coffee ☕️

I’m sad and I’m praying for those in need. 💔

KIDS SHOULD BE SAFE AT SCHOOL!

I need to shake up the TL a little more, seeing the same 6 ppl 🤣.

What should I add to my Netflix watchlist? 📺